Kate Manville-Schwartz, an Irish Hills Native, has a BA in Visual Arts Education from Spring Arbor University.  She's exhibited extensively, mostly locally, but also nationally. In 2009, Kate moved to Beijing to teach art in an International School where her students were featured in many Beijing Magazines, such as "City Weekend," "Beijing Kids," and "Star Magazine."  Since moving back to the US, Kate was awarded the 2014, 30 and Under Award from Jackson Magazine and was the Board Chair for the Arts and Cultural Alliance of Jackson County for three years.  Besides teaching in Beijing at 3e International School, Kate has also taught at Creative Arts of Tecumseh, Blue Lake Fine Arts Camp and Jackson School of the Arts.  Kate is well respected in the arts community of Jackson County, having juried art for Jackson Civic Art Association, Spring Arbor University, and even the Jackson County Fair. 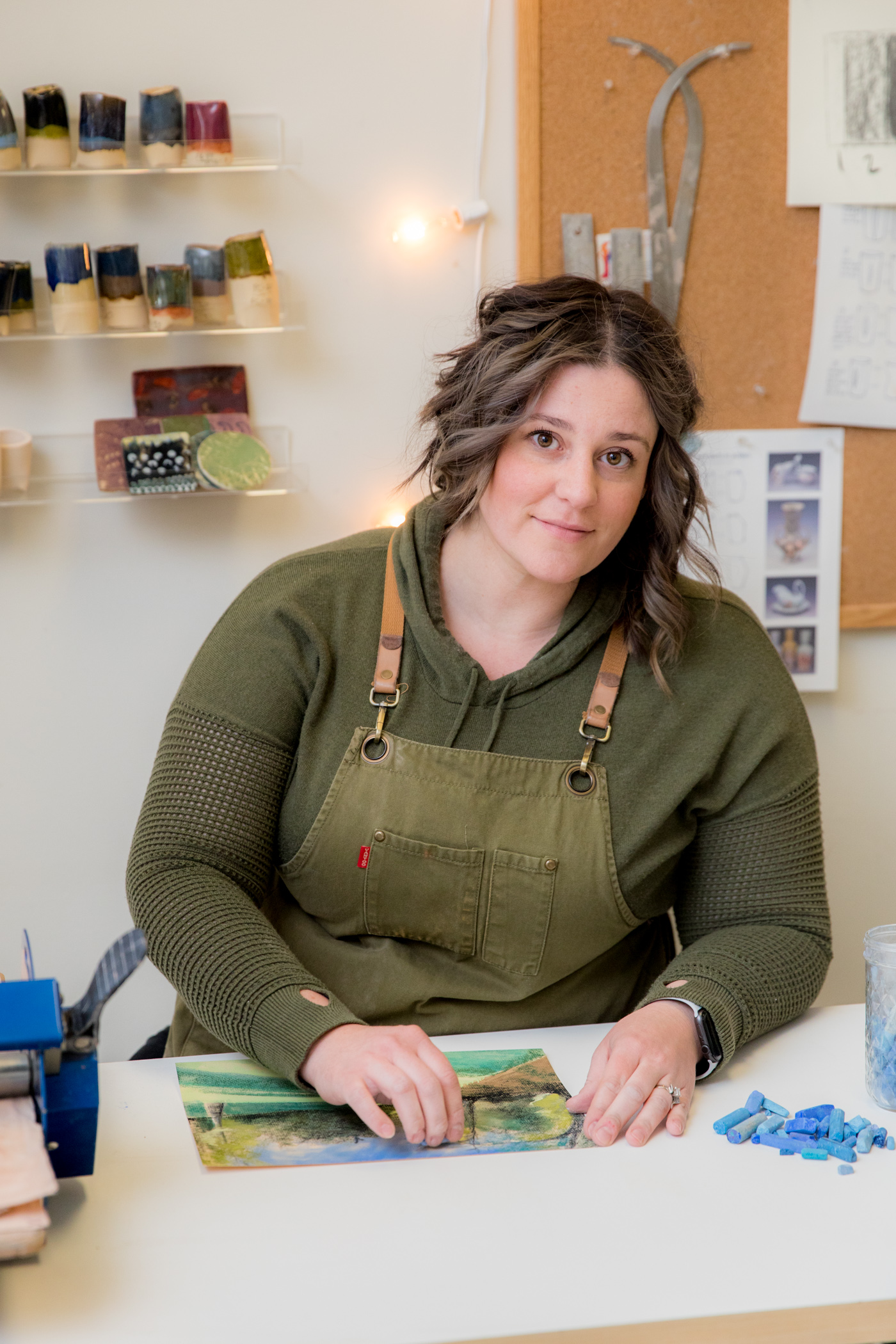